But I was probably right. Up until now, I had not had to think about such things when receiving my reward, but I would have to use my head now in order to split it. It felt like my brain cells were coming out of hibernation. So I had the gold exchanged to 190 silver pieces and split it between the two of us.

She nodded several times. I wondered if something had happened in her past…

After that, we walked through Fhiraldo’s streets and returned to the Spring Wind inn together. Now that I think of it, we had avoided the street stalls but ended up dining at the bar anyway. I needed to be more moderate.

The next day, I waited in the dining hall for Daniela, who was as sluggish in the morning as ever, and began to make plans for the day. We could hunt forest wolves again. Sure.

A voice suddenly interrupts me. I raise my head and see that a woman was standing there with a warm smile.

“Yes. I am.”
“Thank heavens. You were in the dining hall but not eating anything. I thought some strange person had gotten in.”

It was quite brave of her to say such a thing to a complete stranger. But who was she?

Yes, the somewhat slow voice and the soft smile was a perfect match. Just like the morning sunlight, it made you a little sleepy.

“So you haven’t eaten yet?”
“No. My partner is staying here with me, and just I’m waiting for her to wake up.”
“Is that so. Well then, we’ll have the food prepared in advance.”
“Uh, thank you.”

There was something infectious about the way she talked. As I chuckled to myself, Daniela came through the entrance.

She sat down, then collapsed over the table. It would take her a minute to get her engine running again. The first thing to do was to eat.
The basic breakfast at the Spring Wind Inn consisted of toast, fried eggs, and homemade smoked meats. It was a kind of foreign breakfast, and I liked it quite a bit. It was fancy. At least for someone like me who usually slept instead of having breakfast. But recently, I had become quite active, I ate more and slept at night. Was it possible to be too healthy?
Mizel brought over three plates of food. Three?

Daniela was biting into her bread with half-open eyes.

“I’ve just finished organizing all the new provisions. I’m so exhausted and…”
“You worked all night?”
“I did just that. I only arrived just before the gates were closed, and yet mother…oh, the innkeeper, tells me to finish everything tonight…”

We continued eating like this, and Mizel’s complaints continued as well. Apparently, she was in charge of buying new stock. Every month she would go to the city that was reached by way of the opposite carriage tracks from the one I had taken in coming here. I wonder if Mizel’s carriage had helped create those tracks in the road, and the world feels so much smaller.
Eventually, her grievances were interrupted by Maris’ shouting and forceful removal from the room. She waved at us even while she was being dragged away by the collar. We waved back as we got up from the table.

“Well then, we’re a little late, but we should go to the guild house, accept a quest and head for the forest.”
“About that, Asagi. I think we should go and buy a few things together first.”
“Sure, but why?”

“We’ll be camping out. Three days out in the forest!”

Thanks for reading! We finally reached the 20th chapter!

Also, the author recently revealed the cover for Vol. 2 of the light novel. 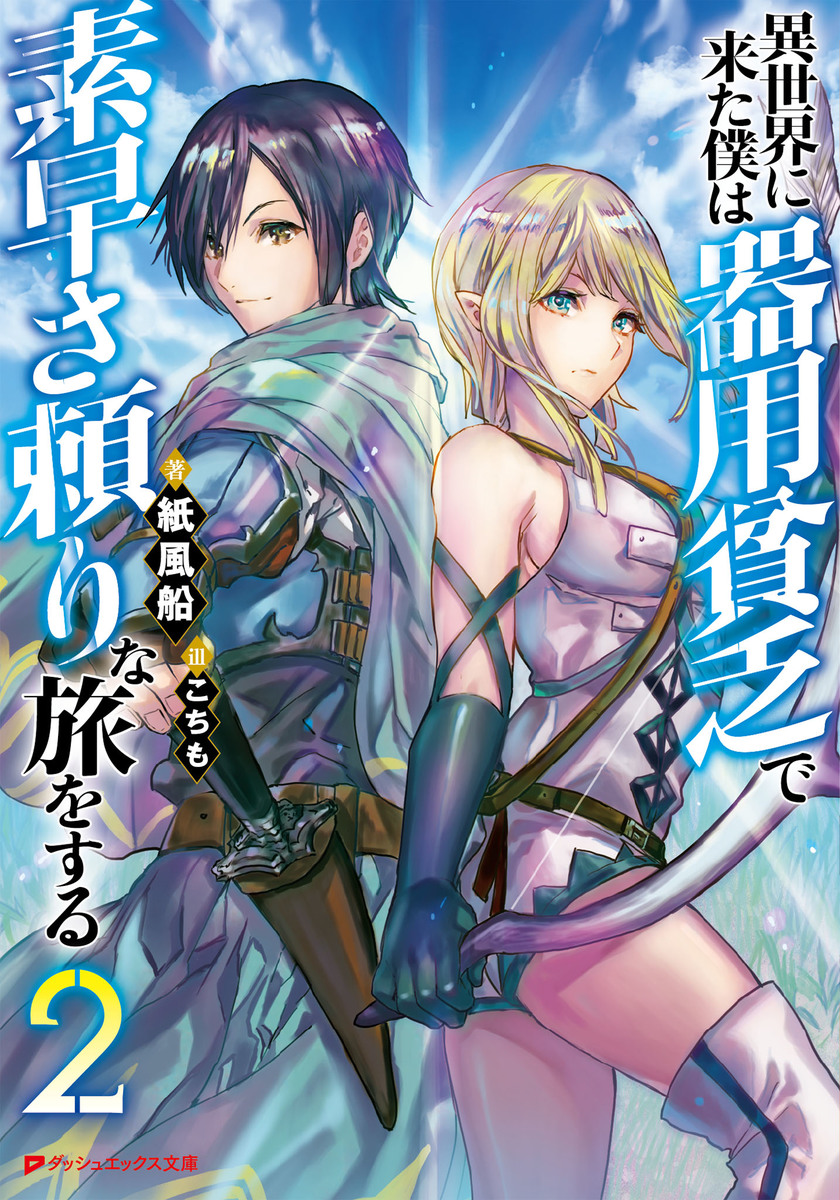