“What should we do now?”

“Regardless of how much money we have, or our position as automatic gem production machines, I would still like to have a job.”

“But if we have clothing, food, and shelter secured for us, we should start with something that we want to do. I think that it’s part of our job to use the money as well.”

Chiharu said. They didn’t have to start some big initiative just yet, they should try and use the money that had been saved for them.

“I want to go to Rasche’s country!”

“Right. I wonder if they are all like him. Do you think there are cat people too? What about pandas?”

“I doubt there are so many different types.”

“They also said something about a train.”

“Oh, that would be fun! I wonder if they sell food inside?”

“I bet they do. It’s an old style after all. There will be tea that’s not in plastic bottle and sandwiches.”

“Maybe the tea will be in unglazed pottery.”

“That you can toss out the window when you’re done?”

“Maybe each train station will have their own special foods.”

Both of them were now quite carried away with making future plans.

“He is an elf. They live in forests.”

“I read somewhere that they mainly eat thin cookies and avoid any meat.”

“Why do they need bows if they don’t eat meat?”

“Well, maybe they do eat meat then.”

“We will have to learn more about this world if we want to travel.”

After that, they continued to discuss what they would do, until Sera called to them.

That night, Edwy was making preparations to go to sleep.

“I couldn’t ask them their ages after all, but they are probably close to mine. But they seemed pretty mature, so maybe just a little older.”

There were paintings of the past Saintess’ in the royal palace. They all had dark hair and eyes and were generally short in height. The prince had seen these painting since he was young and been enraptured. And now there was one before him. Specifically, Chihaaru.

Of course, Maki was splendid as well. However, while Aeris had gotten there first, the way Chiharu had fainted only to come back with the most pragmatic reaction was something he could not forget.

Of course, he had the resolve to protect his people as the next king. But he also wanted to protect Chihaaru… Edwy was already considering changing everything for Chiharu at a moments notice, if she would only ask. Just then…

“Aeris, Zynis. It’s rare for you to come to visit so late.”

His senior friends had come to take him somewhere.

“Where are we going?”

They were headed for the Saintess’ room. There were two guards by the door, along with Sera, the King and even Grudo.

The king gestured for him to be silent. Quiet? But why?

This room was a normal guest room, there was no sitting room inside. In other words, Chihaaru was just behind the one door. Of course, so was Maki.

He tried to quiet the beating of his heart as he slowly walked closer to the others. And then he was startled.

There was a faint crying sound from the other side of the door. He couldn’t understand what was being said, but he could tell that they were taking turns saying something and crying. Edwy looked at Aeris and Zynis. They nodded. They had told him to not be fooled by how cheerful they looked. So that’s what they meant.

They kept watch by the door, praying together until the sounds disappeared from behind the door.

They prayed that the darkness would at least be kind to the two.

Translator: I realize this chapter is late, but this is no way to react! 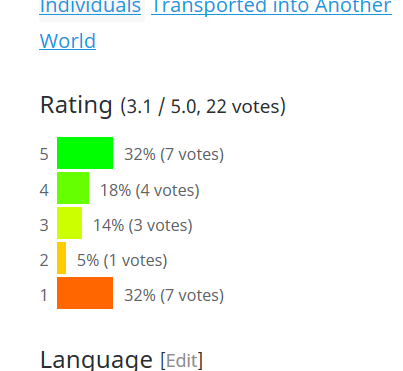