Skip to content
Posted 2 months ago 8 Comments by jawbrie

“The last item that we give is always something that will suit the person. I hope you continue to have that courage that helped you face the Lord Windcloud Dragon. We wish you luck…”

Once I was back on the ground, I decided to test the power of my equipment against the surrounding monsters.
It’s power…was more than I expected.

Unable to hold in my excitement any longer, I used fast travel in order to return to the first town, and immediately went to the ‘Colosseum.’
Here, I would test to see how my new armor held up against other players…!

By using fighting tickets that were distributed every week, you could enjoy different kinds of PVP battles at the colosseum.
This time I would be joining the one called ‘Battle Colosseum,’ which had the most basic rules.
The person who defeated the most players within the time limit was the winner. It was this simplicity that made it the most popular.

If it was a battle royale, it wouldn’t end until there was only one person left standing.
And since the objective was to survive, people would often run and hide, which meant it would take longer for the game to end.
There were many factors outside of combat, and you had to keep your guard up.

On the other hand, there was nowhere to run and hide inside of the colosseum. It was a non-stop battle as people tried to get as many kills as possible.
Games ended quickly, and even the longer ones were at the mercy of the time limit.
And so unlike the larger events, you could participate regularly without worrying too much.
It was a good place to practice PVP.

By the way, it was also possible to spectate at the colosseum, though not many people did it.
The reason was simple. Many matches were happening simultaneously, and they ended within a few minutes.

The colosseum was a facility in the town, but it was really just a lobby for matchmaking. The actual battles took place in a separate map that was cut off from the rest of the world.
Since this was a game that was played by tens of thousands of people, the PVP matches happened at the same time, and the rooms were broken up afterwards.
And while there were rewards for getting into the top, the hurdle for participating was low, meaning there wasn’t much excitement.
Unless you had a good reason, it was not very entertaining to watch.

‘Matchmaking is complete. 100 players have joined.’

The battlefield looked like an ancient colosseum, and players started to appear inside of it.
There wasn’t much space between players once all 100 had appeared.
And since there were no obstacles, it was as if the battle would begin the moment you locked eyes with someone.
It would be tense from the very beginning.

And so I quickly gathered information before the battle started.
The ground under my feet was white clay, which would be easy to move on.
The sky was covered in a dome-shaped barrier so that you could not escape.
However, as it was quite high up, you would still be able to fly over the colosseum.

As for the participants, the matching-system had ensured that they were all at a level close to my own.
In other words, players who had gotten their second job but hadn’t leveled up much.

That being said, they weren’t beginners. They had overcome the starter job.
This was the point where you could see some individuality in their equipment, and some started to stick out during combat.
And so there were more than a few who immediately looked for prey to pounce on.
The ones near to me seemed to have especially vicious looks.

Yes. They were targeting me.

I suppose Archers were still seen as easy targets.
And in my case, I was wearing a set made of cloth. So perhaps I looked even weaker.
But the Windcloud set was very comfortable and easy to move in thanks to how light it was.
The design was also quite cool.

Well, maybe it looked drab compared to the shiny metallic armors and flowing robes that the others wore.
Even my weapon looked a little poor compared to the huge greatswords and staves that were encrusted with gems.

But I knew the power of this equipment I had worked hard to earn.
Don’t let me down now, Windcloud.
And of course, the last piece. The Windcloud Bow!

As soon as it started, the nearby players swarmed towards me.
Players with ranged weapons should be killed in close combat…
They followed that theory.

The wind would blow upwards.
I activated the weight reduction skill, ‘Whirlwind,’ which caused my Hakama to puff out like a balloon as I rose into the air.
This was why it was called Windguard Hakama.

I created a cloud in the air and stood on top of it.
I knew that this cloud wasn’t the ‘movable cloud’ that the elder had made, but was like the clouds used during the fight against the dragon.
However, anything from below would go right through it, so it didn’t function as a shield against attacks.

That being said, once I was camped up here, it would be a lot harder to attack me.
This was where putting all your points into range really helped.

The players buzzed below me.
Some of them weren’t even fighting. They just looked up and stared.
I had hoped that they would just fight each other so that their numbers would go down…
Well, I guess I had to do it myself.

And so I used the Windcloud Bow’s weapon skill…no, charge attack.

It was what you would expect from a bow’s arcane charge attack.
That’s what ‘Bow Shower’ was.
The players on the ground were hit by the rain of arrows, and burst into light as they disappeared.

-Bow Shower-
Create a rain cloud around the bow that unleashes arrows like rain.
Cooldown: 5 minutes.

The difference between skills and charge attacks was the ‘cooldown.’
You could spam skills if you had enough MP, but with charge attacks, you had to wait for some time before you could use it again.
In the case of ‘Bow Shower,’ the cooldown was 5 minutes, which was on the long side.

However, it was quite powerful, and held the potential to change the tide of battle in an instant.
The best thing about Bow Shower was that it was a wide area attack.
A cloud would appear around the bow, and from it, arrows would shoot down like rain.

It was the fate of rapidfire skills to be weak when it came to individual shots.
And when you fired rapidly, it was difficult to target weak spots.
This meant that you couldn’t really take down the HP of players with high defense.
On the other hand, it was a dangerous skill for players who mainly prioritized dodging.

“Seems like I got quite a few of them.”

I had destroyed the players with low defense. My kill count was 38.
And while I hadn’t succeeded in annihilating all of them, there were quite a few players who were on the ground, barely alive.
And so I picked them off with normal shots.
This way, my kill count went up to 50.
I had clearly won this battle.

Well, nevermind that.
This was just PVP practice, and the problem here was those that were still in perfect shape, and those who saw that my arrows would be weak, and used high-power skills to blow them away.
To be honest, killing 38 with my charge attack was almost too perfect.
It was likely because it was my first time using it.
If this was during a proper event, players would have been on their guard and might have been able to deal with it.

For better or worse, Bow Shower’s effects were simple. And so if you saw it once, it wouldn’t be too hard to deal with it the next time.
And there was also the cooldown. Unlike skills, I would have to plan ahead when using it.

One of the players activated a skill that made the ground rise high into the air.
I see. Like that, you might be able to reach me.
…This was bad.

“I guess it was never going to be so easy as picking everyone off from up here.”

There were even players who could double or triple jump in the air.
And there was probably magic that allowed players to fly for a limited time.
And since I had broken the fight, they were all glaring at me with malice.

It was both frightening and exhilarating.
A player’s skill would not improve without real fights.
How to defeat a powerful enemy? How to break through a skill you’re seeing for the first time…

The next event was a ‘3 team capture the flag’ event. And If I wanted to participate, I had to put myself in harsh conditions and train.

The rules hadn’t been published yet, except for one piece of information.
There was no division by rank.
And so I would have to fight in the same field as the top players with their 3rd jobs. 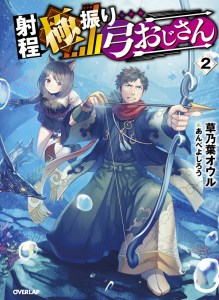 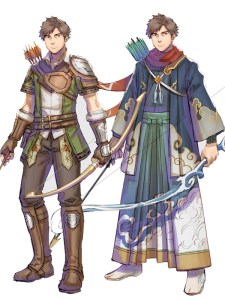 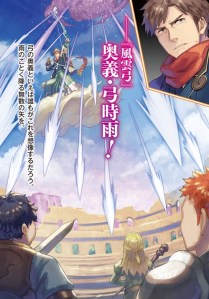